The Trout Creek Campground, where we are staying, is nestled in the foothills of the Le Conte Mountains. US Highway 441 passes by, but it is fairly inactive. With the quiet surroundings, we certainly have little to disturb our sleep -- except for Mother Nature. Last night, we had some fairly heavy (though not nearly as bad as had first been predicted) rains coming down on the area. We are fairly prepared for the weather, though -- We have a large awning covering our picnic table (with most of our supplies on it), and the opening of our tent falls under its protection as well. The rain was fairly steady, and as such, it really did not disturb our sleep to any significant measure.

When we awoke (8:30am local time -- we must be getting lazy), the rains had pretty much subsided. Our $3.00 pan from Wally World had not fared well with the first breakfast we had cooked, and our wood was fairly damp, so we opted to have breakfast "out". The neighbors, who had been fairly introverted during our stay, were packing up to go home. They recommended a restaurant a few miles up the road as having excellent breakfast at reasonable prices. With that decision made, we suited up and headed out for chow.

The Rocky Mountain Lodge offered a fairly well-rounded menu for breakfast, although to meet the $4.00 per person figure the woman next door had quoted, one would have to eat fairly sparsely. Todd had the Blueberry Pancakes, and I had the Pancake Breakfast (blueberry cakes, B&G, sausage, and 2 eggs over-easy). Both of us ordered grits on the side -- I think this "southern" life is starting to invade our psyches. The breakfast was very tasty, and filling.

We had been "spritzed" on during the trip to breakfast, and there was some concern that the rain might begin again in earnest. Regardless, hiking was pretty much out of the question -- the overnight rains had soaked the area well, and the dense forest keeps sunlight away from the muddy paths. With these factors in mind, we decided to make today a "tourist" day, and pointed the bikes to Pigeon Forge (home of the world-famous Dollywood).

As it turned out, weather was to be the least of our concerns. The sun had emerged while we were eating, and the temperature was on a steady incline. The soaking the area had received contributed a great deal of humidity to the early part of the day, making it seem warmer still. Although I prefer to wear bluejeans in almost any weather when motorcycling (those who know the way a BMW Boxer engine is shaped can well imagine why), Todd was sweltering in long pants, and as he had not packed much in the way of hot-weather gear, the first stop on our trip was the "Z Buda Outlet Mall". Apparently, Z. Buda was at one time a prominent mayor in Tennessee. What that has to do with an outlet mall is still beyond me.

Although I am not much of a shopper, I have to admit to a little facination with outlet malls. This one sported over a hundred stores, most of which were exlusively filled with the products of manufacturers such as Corning, Pfaltzgraff, Chicago Cutlery, Bass Shoes, Hanes undergarments, and so forth. Largely, the products in these stores are "selected seconds", in that they have some minor flaw that prevent their being sold as "perfect", but do not dramatically affect the use of the product. This is evidenced in the cast-iron skilled we found at the Magnalite store -- a 14" skillet with a small patch of roughness on the edge would have sold for around $35-$40 dollars if perfect, but we were able to pick it up for $13.50.

Just as our purchase was being wrapped, the all-too-familiar triple-ring of my cellular phone (which I was just yesterday extolling the virtues of) came from my back pocket. It seems that there was a server problem at work, and of course, the nature of it was such that we had never encountered before. I had Steve, my assistant and acting administrator in my absence, conference me in with our server consultants in Chicago. Although this is vacation, and many would see the phone as a "leash", I do have a responsibility to my employer. I'm sure that I made quite a spectacle -- reclining on the seat of my Beemer, in the parking lot of a mall in Pigeon Forge, Tennessee, laptop propped on the tank, talking to a tech in Sheridan, IN and a consultant in Chicago. Technology is amazing.

Useful as all of this hardware is, there is sometimes no substitute for being "hands on" with the equipment that is having problems. As my ideas were exhausted, I gave the guys at work some "patch" solutions to get them through the day, and authorized the consultant to drive down and take a closer look at the situation. Sometimes, being 400 miles away has its advantages -- someone else gets to work the all-nighter this time. Since it was apparent that I had done all I could for the time being, I wished good luck to the team back home, and got back to vacationing. Todd had located the shorts he was after, and was in search of a belt, and I picked up a few post cards for everyone back home.

We had seen a brochure for a car museum in Pigeon Forge that boasted vehicles ranging from Buford Pusser's (of Walking Tall fame) 1967 Olds Toronado, a Stanley Steamer steam-driven car, the Hank Williams, Jr. 'Money Car', and the James Bond Aston-Martin from the Goldfinger movie. We made the short trip from the mall, paid our $5.00 admission, and spent well over an hour examining automobile memrobilia, and over 30 vintage or unique cars. Again, I picked up a few postcards (including one with Billy Carter's "Redneck Power" pickup truck) to send home.

On our way into town, we had noticed a Police Museum that sounded interesting, so we made it our next stop. The exhibitions included what must have been thousands of badges, patches, and uniforms from all over the US, and many foreign countries. There were several tributes to officers killed in the line of duty (including the only Pigeon Forge officer to have been) with uniforms, guns, badges, newspaper clippings, letters -- any information that could be obtained on the cases.

The largest display of all, though, was a tribute to the late Buford Pusser -- a sheriff in Tennesse in the late 1960's whose life was chronicled in the three "Walking Tall" movies in the 1970's. Easily a full quarter of the space in the museum held personal effects, including the "Big Stick" that he himself carried, and the prop stick from the movies. There were many items donated by his mother and his daughter, one of which was the 1974 Corvette in which he was killed. The car, which had burned after he wrecked, was completely indistiguishable as to make and model.

As it was now early afternoon, we finished our tour of the museum and headed back toward Gatlinburg for lunch. By now, the temperature was a balmy 80+ degrees, and the clouds were barely present. We had noticed a rib restaurant on Monday, and chose that for today's lunch. Bennett's Ribs offered a hearty portion of baby back ribs, and the popular "Blooming Onion"-style appetizer to go along with it. Topped off with a couple of beers, we were quite satisfied with lunch.

As we needed to work off the indulgence of the meal, we opted to walk to the other end of town, where the Guiness World Records museum is located. This allowed us to get a closer look at the town, and we are both amazed at the huge number of tourist shops that line the streets. Every imaginable specialty is represented, incuding restaurants. Todd commented that one could open a diner called "Greaseburgers" and would do enough business with people walking in out of habit to turn a profit.

We arrived at the Guiness museum, which sports the World's Longest Motorcycle (a 25-foot-long 350 Yamaha) in front. Inside, we found exhibits of the tallest, shortest, heaviest, biggest, and smallest of about anything you can imagine. As an example, the most divided human hair - Some guy with WAY too much time on his hands had taken a strand of hair, and split it into 17 pieces. About the only thing I can think of that is more insane is paying 5-1/2 bucks to see it.

There were some interesting exhibits, though -- an original "Batmobile", wax statues of the tallest man ever recorded (8' 11.1") and the shortest woman (24 inches tall - 7.5 to 9 pounds in weight), and a statue of the Most Tattooed Woman (a stripper from Washington with 95% of her body covered) come to mind. Although many of the exhibits were interesting, we both agreed that the Ripley's Believe it or Not museum was much better done, and a better value.

We then stopped in at the local Gatlinburg mall, and looked around at some shops there. We were both pretty tired (although we had not had a particularly strenuous day), so we each picked up a couple of books and headed back to camp to relax before dinner. We spent a couple of hours reading, then went to the grocery to stock up on supplies before dark.

We were anxious to try out the new skillet, so we picked up some ground chuck to make burgers with, and some pepper cheese to top them off. A couple more pounds of bacon and another dozen eggs will take care of the next few days' breakfasts, and a six-pack of Molson's provided the necessary evening beverages.

We ate well tonight -- the burgers fried up very nicely, and the spicy cheese gave them a unique flavor. Although the weather has been terrific all day, as I type this, the thunder has been building steadily, and the rain is starting to come down. It looks like we may get some fairly heavy storms, but if they do not last late, we may still be able to make the hike to Rainbow Falls tomorrow.

Todd and I can be reached at my Compserve address (74044,3457), or via Internet at [email protected] This report is sent via a Canon Innova Book 10C laptop, with a Motorola Power PCMCIA Modem plugged into my MicroTAC Elite, which is dangling from a tent pole in order to get enough signal to transmit properly. 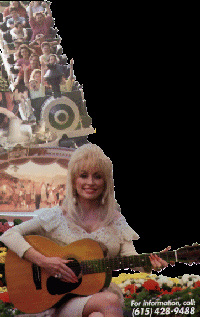